History of Ewing in New Jersey

Founded in Mercer County of the United States State of New Jersey, Ewing Township had a population of 35,790 people in 2010, according to the United States Census Bureau, which is a slight increase from 35,707 recorded in the 2000 national census. It has good access to air, rail, and land transportation system with major US cities, including Philadelphia and New York.

Officially recognized as having been set up in 1834, the township dates back to the time a migratory community, Lenni Lenape Indians, who lived along the shores of the Delaware River. William Green, whose farmhouse still stands on the campus of The College of New Jersey, led the European settlers who first arrived in the area in about 1699. It was then a section of Hopewell Township until 1719 when Trenton City came into being. It assumed its present-day name on February 22, 1834, as a posthumous tribute to Charles Ewing, the Chief Justice of the New Jersey State Supreme Court from 1824 to 1832. American followed the European (English and Scotch) as immigrants to Ewing. The Welsh, Dutch, and French followed them soon after.

Ewing’s development after the American Revolution (1765 and 1783) depended heavily on agriculture, which saw the township growing slowly in the first quarter of the 20th century with only 3,500 people by 1920.
By mid-1930s, however, the town started growing faster with its economy attracting new investors including corporations such as the General Motors plant in 1938. These new businesses created job opportunities, which saw its population increase to 10,146.

A majority of companies invested in the war during the World War II. The General Motors plant transformed into Eastern Aircraft and started manufacturing the Navy Avenger Torpedo Bomber. The township continued to grow after 1945 as more immigrants created a demand for housing leading to its suburbs springing up and expanding rapidly. It population passed the 25,000 mark by the 1960s. Later, the government would set up the Naval Air Warfare Center, which developed many major aeronautical military weapons, such as the cruise missile, for the US Navy. 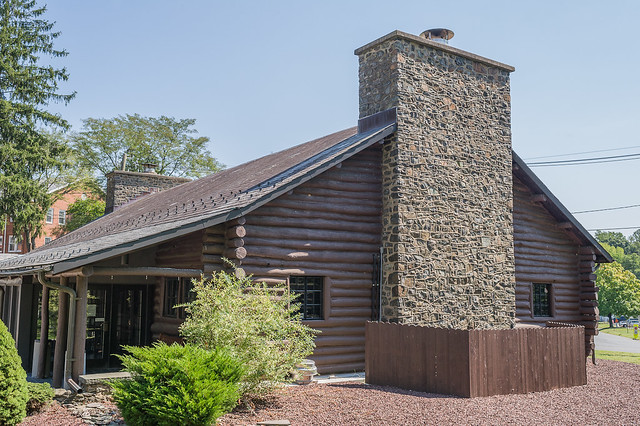 New businesses and learning institutions were established in Ewing: the Marie Katzenbach New Jersey School for the Deaf, Trenton Psychiatric Hospital, the College of New Jersey (formerly Trenton State College), and the State Department of Transportation complex. Celator Pharmaceuticals, which is a subsidiary of the Dublin, Ireland headquartered Jazz Pharmaceuticals plc that acquired it in July 2016 launched its operations in Ewing in 2013 with the city housing its head office.
These developments led to the township’s further population growth. The United States Census Bureau estimates the town’s population to be 35,982 by July 1, 2016. Its economy has diversified to include government institutions, light manufacturing, and education.

Ewing NJ is one among the many US cities and townships with the Mayor-Council form of government under the Optional Municipal Charter Law, now known as the Faulkner Act. If you are interested to know more, please contact Fortified Roofing, one of the best roofing companies Ewing, NJ.